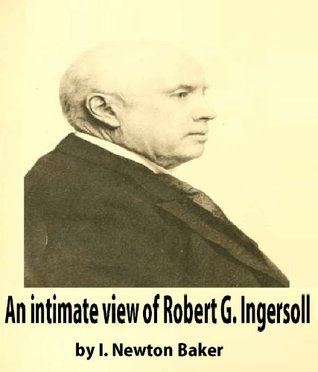 These tributes have come from all parts of the world and from all classes and conditions of men. They have reflected through the press, the platform, the pulpit and private correspondence the general and genuine esteem and admiration in which Mr. Ingersoll was held. Many who opposed, or seemed to oppose, his religious views, and resented, or seemed to resent, his manner of expressing them, have in their finer moods, unheated by the fires of controversy, admitted and admired the strength and sincerity of his convictions, the wonderful way in which he maintained them, and the purity and exaltation of his character and purpose.

Even theological bitterness was silenced in the pres-ence of death, or turned, as in some instances, into generous eulogium. Magnanimous foes whom he had defeated in the forum of debate, conceded the greatness and goodness of the man and acknowledged the magnitude and value of the work he did in the world.NO ADEQUATE PORTRAITURE.It would seem, therefore, that little can be added, that nothing more can be said worth the saying, that the field has been harvested.

It is only in the hope of garnering grains ungathered by other gleaners that the present sketch has been attempted. It does not aspire to the rank of extended biography. Its simple purpose is to show Mr. Ingersoll as he appeared to one who had unusual opportunities of knowing him,— to one whose high privilege it was to be in almost daily contact with him for many years. The writer is only too conscious that even with this advantage what skill he may have must fall far short of any adequate portraiture. He covets a fineness of perception, a keenness and breadth of intellectual vision, a balance of judgment, a strength of statement and a grace of style he has not, fitly to undertake the study.

Only a genius can portray a genius. Only amaster of expression can express a master, and the writer has been but an unpretending pupil sitting at a great masters feet. ...

Comments
Comments for "An intimate view of Robert G. Ingersoll":