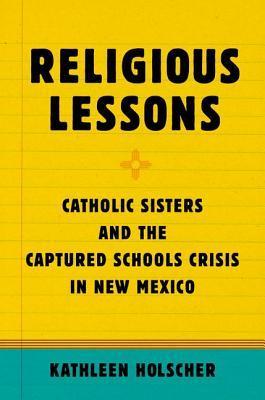 Huff, a court case that challenged the employment of nearly 150 Catholic sisters in public schools across New Mexico in 1948. Known nationally as the Dixon case, after one of the towns involved, it was the most famous in a series of midcentury lawsuits, all targeting what opponents provocatively dubbed captive schools. Spearheaded by Protestants and Other Americans United for Separation of Church and State, the publicity campaign built around Zellers drew on centuries-old rhetoric of Catholic captivity to remind Americans about the threat of Catholic power in the post-War era, and the danger Catholic sisters dressed in full habits posed to American education.Americans at midcentury were reckoning with the U.S.

Supreme Courts new mandate for a wall of separation between church and state. At no time since the nations founding was the Establishment Clause studied so carefully by the nations judiciary and its people. While Zellers never reached the Supreme Court, its details were familiar to hundreds of thousands of citizens who read about them in magazines and heard them discussed in church on Sunday mornings.

For many Americans, Catholic and not, the scenario of sisters in veils teaching children embodied the high stakes of the eras church-state conflicts, and became an occasion to assess the implications of separation in their lives.Through close study of the Dixon case, Kathleen Holscher brings together the perspectives of legal advocacy groups, Catholic sisters, and citizens who cared about their schools.

She argues that the captive school crusade was a transitional episode in the Protestant-Catholic conflicts that dominate American church-state history. Religious Lessons also goes beyond legal discourse to consider the interests of Americans--women religious included--who did not formally articulate convictions about the separation principle. The book emphasizes the everyday experiences, inside and outside classrooms, that defined the church-state relationship for these people, and that made these constitutional questions relevant to them.